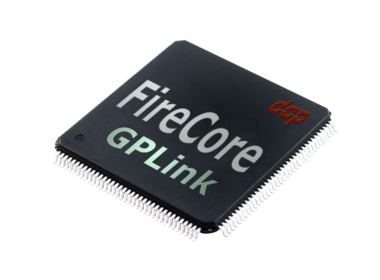 FireCore also includes FireGate, a fully IEEE-1394b compliant PHY layer. Having FireGate connect and operate at S200 and S400 (the S100 version is to follow soon) marks a new milestone for the usage of IEEE-1394 in A&D as many current & upcoming programs can now leverage the FLASH-based FPGA benefits offered by the IGLOO2 and SmartFusion2 platforms together with the full-featured functionality of the FireGate PHY IP core.

Jeroen de Zoeten, DapTechnology’s Director of Engineering proudly adds: “FireCore is designed to be highly configurable. It allows for the pre-configuration of key functions and components via compilation parameters and the optimization of FPGA resources. For example, the number of PHY ports can be customized from 1 – 16, which is great for a wide variety of devices.”

The advantages of implementing a complete IEEE-1394 I/O interface with an IP solution can be summarized as: